Most of us have heard the term ‘court-martial’. However, have you ever pondered what it exactly means?

In the simplest terms, it means that the members of the armed forces have a whole separate legal system which governs their affairs than the regular citizens. We asked legal experts at Monder Criminal Lawyer Group to shed some light on this topic. Here’s what they had to say.

The name ‘court-martial’ doesn’t immediately remind people of military or army. However, the name comes from Latin and French words for anything related to war, martial (like martial arts).

Even though the word is French in origin, the term came into American use via the British. They created their own military court system and called it that. After the US gained independence from Britain, they chose to keep the name and the system.

Alternatively, it is called military code.

The whole military court system is based on the Uniform Code of Military Justice System. This code has been established to guide the decision-making process for judges in military courts, as well as for regular courts if they happen to preside over a case of a soldier. This is rare, but it happens.

The UCMJ applies to almost all branches of the military and almost all members of it. However, there are some notable exclusions.

National Guard and Air Force Guard servicemen and women are excluded from this code and if they are accused of a crime, they will go through regular courts, with regular civilian rules.

Similarly, all of the auxiliary forces, like the Civil Air Patrol aren’t considered active servicemen and women and are not covered by the UCMJ.

How Is It Different Than Regular Legal System

Court-martial deviated from the general legal system in the previous centuries and has become more and more autonomous over time. Some differences aren’t as drastic and apparent to anyone who is not a legal professional, whereas others can be quite striking.
For example, there are certain crimes which are only recognized as such in military court. Desertion is one such crime. This term is narrowly specialized for use in military jargon and the crime itself only exists in the military setting.

There are other such crimes like mutiny and failure to follow orders. Whereas in civilian society, these would be considered rude behavior and a reason for firing someone, they have a lot more weight in a military setting.

This kind of court-martial is used only for small crimes and it typically doesn’t take too much time; hence the name. Summary court-martial consists of only one commissioned officer who presides over the case and determines the punishment if necessary.

Sentences in this type of court-martial are often mild, such as a pay cut of up to two-thirds for one month, or demotion of your pay grade. More severe punishments may include hard labor and imprisonment for up to 30 days.

Special court-martial is reserved for misdemeanor cases and the sentences are, accordingly, more severe. Soldiers may get two-thirds of their pay reduced for up to a year or they may be demoted in pay grade. Sentencing to hard labor for up to 3 months is not uncommon, and imprisonment for up to a year is one of the more severe punishments. Additionally, a soldier might be discharged, meaning fired.

General court-martial presides over serious cases. This court is somewhat different because there is a military judge and five members of the court to rule. In this court, a lot is left to the discretion of the judge, and even a death sentence is not forbidden.

Even though these courts are somewhat different than regular courts, they still serve the same purpose – to punish crime and to deter any future criminal activity. Whether it is a fair system has been debated over the years and will likely be debated for long years to come. 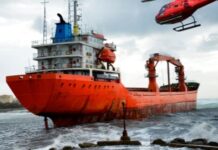 What are the Frequently Asked Questions for Boat Accidents? Do You Understand What No-Fault Insurance is and is Used for? 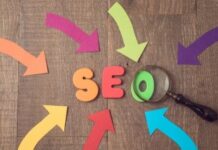 Check Search Engine Ranking – How Can You Do It For... TOP 10 Brands: Luxury Watches You Need to Be More Attractive Are there any Difference between CBD oil and VAPE Juice