It’s important that ball python owners are knowledgeable about the exact size their ball python should be at certain stages of its life. Many of the most vital aspects of snake care are directly related to the snake’s size. This includes things like the size of its enclosure (and consequently, how much space it will take up in your home) as well as how much it should be fed. This article will walk you through ball python growth and how to adjust your care routine accordingly. How Big Do Ball Pythons Get?

First, let’s start with the end of the ball python growth cycle, namely how big you can expect your ball python to grow. They typically only grow to be a maximum of four or five feet long depending on the sex of the snake, an occurrence known as sexual dimorphism. Males are the smaller sex, averaging between 2 to 3 feet. Females are considerably larger, ranging between 3 and 5 feet.

How long does it take for a ball python to be fully grown?

Pet ball pythons usually reach their full size once they’re three years of age or older. Interestingly, wild ball pythons can take a year or two longer to reach the same size, though this is likely due to food being less readily available in the wild.

Note that size alone is not indicative of a ball python’s sexual maturity (or rather when they can reproduce). Females reach this stage between 27 and 31 months while males mature over a year earlier. Weight is more important than size, in this case. The female should be no less than 1,500 grams but there are no length-based criteria for breeding readiness.

As hatchlings, there is not yet any distinction in ball python size by gender. Their birth weight will typically be between 65 and 103 grams, which can vary depending on the size of the egg, and size ranging from 25 to 43 centimeters in length. Naturally, this is the stage when ball pythons will eat most frequently, about every five days.

As one might imagine, these disparities in size also bring significant differences between the weight of male and female ball pythons even when they’re at the same age. For the first six months of life, both sexes have similar weight ranges but females are slightly heavier. At the nine-month mark, a male ball python might weigh a maximum of just under a pound, a female python’s weight range will start at nearly a pound. This is a trend that continues into adulthood and can result in a female ball weighing up to three times more than her male counterpart.

So why do size and weight matter so much? The size of the prey used to feed them as well as the frequency of feedings will be determined by these numbers. It’s important to recognize that a two-year-old female will need to eat more than a male of the same age.

Feeding Ball Pythons Based on Size

For their first few meals, a hopper mouse or pinky rat is a good size. Once their weight is closer to 200 grams, their feeding schedule will slow slightly, to about once a week, and they can be fed larger prey. Expect to increase the size of the mice or rats they are given when their weight doubles (i.e. Reaching 250 grams, then 500 grams, then 1000 grams, etc.).

A helpful rule of thumb when determining what size prey to feed a snake is to base it off the snake’s widest point. When in doubt, opt for smaller food to prevent a choking hazard. Further, you can opt to use prey that’s considerably smaller, but feed your snake multiple. Depending on the speed at which the hatchling grows, however, you may need to increase prey size at a faster or slower rate.

As your ball python gets older and larger, so will its prey. This also means the frequency of feedings will decrease. Once your snake weighs more than 600 grams, the feeding schedule can usually be slowed from once every 10 days to two weeks and eventually every three weeks.

As previously explained in the section above, the sex of the snake will be the most impactful determinant on a ball python’s full size. However, there are additional factors that can play a role in a snake’s development.

As evident by the difference in growth rates of captive-bred and wild ball pythons, food makes a huge difference in the eventual max size of the animal. Ball pythons, and most snakes in general, are rather sedentary and have slow metabolisms. It’s very easy for them to put on weight, especially if they have a doting and over-indulgent owner, and obesity is a common problem amongst pet ball pythons. This is another reason why knowing the appropriate weight for a ball’s various life stages is important.

There is such a thing as a too-big enclosure. If it’s too large, it will be difficult to create the proper temperature gradient your pet needs. As such, it’s unwise to put a hatchling in a tank suitable for an adult and expect it to grow into it. Hatchlings need a 10-20 gallon tank, and adults will need a minimum of 55 gallons.

One of the ball python’s many appeals is their relatively small stature. This makes them a perfectly mid-sized snake that’s easy to accommodate without taking up much room, easy to handle, and still affordable to feed (since how much a snake eats is directly proportionate to their size). If you want one of your own, you can find ball pythons for sale nearly anywhere that pet snakes are sold. 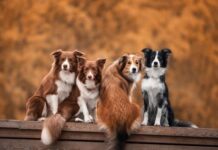 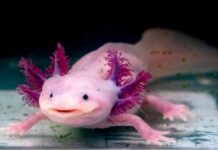 What is an Axolotl? 10 Cool Facts You Need to Know 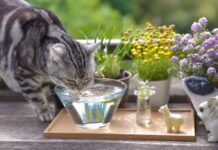 7 Ways to Get Your Cat to Drink More Water 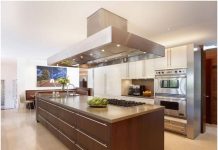 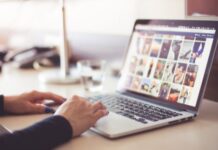 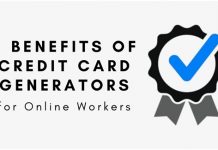 What are the 5 Benefits of Credit Card Generator for Online... 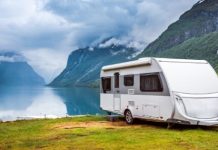 Explore the United States in a Brand New Luxury RV

6 Things to Know Before Getting a New Dog

5 Reasons Why You Should Adopt a Betta Fish